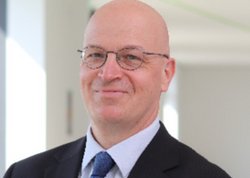 This collection showcases the unique potential of stylistic approaches for better understanding the multifaceted nature of pop culture discourse. As its point of departure, the book takes the notion of pop culture as a phenomenon characterized by the interaction of linguistic signs with other modes such as imagery and music to examine a diverse range of genres through the lens of stylistics. Each section is grouped around thematic lines, looking at literary fiction, telecinematic discourse, music and lyrics, as well as cartoons and video games. The 12 chapters analyze different forms of media through five central strands of stylistics, from sociolinguistic, pragmatic, cognitive, multimodal, to corpus-based approaches. In drawing on these various stylistic frameworks and applying them across genres and modes, the contributions offer readers deeper insights into the role of scripted and performed language in social representation and identity construction, thereby highlighting the affordances of stylistics research in studying pop cultural texts. This volume is of particular interest to students and researchers in stylistics, linguistics, literary studies, media studies, and cultural studies.

This special issue investigates the text-linguistic concept of cohesion – which Systemic-Functional Linguistics originally devised as a phenomenon on the lexico-grammatical level – in the context of multimodal discourse analysis. In addition to purely linguistic texture, the article collection examines how further strata of discursive connectedness can be created by images, video and sound, thus highlighting cohesion as a versatile and multifaceted discursive phenomenon. The papers explore the supplementary cohesive ties shaped by the advent of new multimodal media, calling for a modification of traditional text-linguistic taxonomies and theories of textuality in mediated contexts. Further foci are on linking relationships between different modes and characteristic types of multimodal cohesion in selected genres like feature films, film trailers, YouTube clips, comics, televised political advertisements and online cooking recipes. On this foundation, cohesion across different modes is shown to provide discourse participants with various possibilities of pursuing their communicative goals in diverse social contexts.

This new edition of Introduction to Discourse Studies (IDS) is a thoroughly revised and updated version of this successful textbook, which has been published in four languages and has become a must-read for anyone interested in the analysis of texts and discourses. Supported by an international advisory board of 14 leading experts, it deals with all main subdomains in discourse studies, from pragmatics to cognitive linguistics, from critical discourse analysis to stylistics, and many more. The book approaches major issues in this field from the Anglo-American and European as well as the Asian traditions. It provides an ‘academic toolkit’ for future courses on discourse studies and serves as a stepping stone to the independent study of professional literature. The chapters are subdivided in modular sections that can be studied separately. The pedagogical objectives are further supported by
•    over 500 index entries covering frequently used concepts that are accurately defined with examples throughout the text;
•    more than 150 test-yourself questions, all elaborately answered, which are ideal for self-study;
•    nearly 100 assignments that provide ample material for lecturers to focus on specific topics in their courses.

In sociolinguistic research on Englishes world-wide, little has been published on the pragmatics of postcolonial varieties. This interdisciplinary volume closes this research gap by providing integrative investigations of postcolonial discourses, probing the interstices between linguistic methodologies and literary text analysis. The literary texts under discussion are conceptualized as media both reflecting and creating reality, so that they provide valuable insights into postcolonial discourse phenomena. The contributions deal with the issue of how postcolonial Englishes, such as those spoken in India, Nigeria, South Africa and the Caribbean, have produced different pragmatic conventions in a complex interplay of culture-specific and global linguistic practices. They show the ways in which hybrid communicative situations based on ethnic, cultural, and linguistic diversity result in similarly hybrid social and communicative routines. The central pragmatic paradigms discussed here include im/politeness, speech act conventions, conversational maxims, deixis, humour, code-switching and -mixing, Othering, and linguistic exclusion.


Schubert, Christoph and Christina Sanchez-Stockhammer, eds. 2016. Variational Text Linguistics: Revisiting Register in English. Berlin: De Gruyter Mouton (Topics in English Linguistics 90).
Owing to the ever-increasing possibilities of communication, especially with the advent of modern communication technologies, register analysis offers a constantly widening range of research opportunities. Still, research has mainly concentrated on well-established and frequent registers such as newspaper articles, while many descriptive and theoretical issues have not yet been sufficiently investigated. This volume gives a state-of-the-art insight into register studies and points out emerging trends as well as new directions for future research. Furthermore, it provides a forum for the description and discussion of registers which have not received an appropriate amount of attention so far. In particular, it deals with specialized offline and online registers, cross-register comparison as well as regional, contrastive, and diachronic register variation. In parallel to the new discipline of variational pragmatics, this volume aims to foster the discipline of variational text linguistics and to initiate fundamental investigations in this area. This field of research provides new insights into the concept of register, since it covers both functional and regional types of textual variation.

This special issue of Journal of Language and Politics (JLP), entitled “Cognitive Perspectives on Political Discourse,” pursues a range of current approaches to political communication in both its historical and contemporary dimensions. By covering topics such as conceptual metaphor, prototypes and cognitive categorization, dialogical framing, and denotational boundary disputes, the authors relate several of the central issues of cognitive linguistics to political language. In addition, it is a fundamental aim of the studies to substantiate cognitive hypotheses by means of concrete prosodic, syntactic, and lexical evidence. Thus, the volume both deals with applied cognitive-linguistic issues and addresses theoretical questions of significance for future research.